Manarola (IPA: [manaˈrɔla], Manaèa in Ligurian dialect, Manaöa in the local dialect), an ancient village in the Ligurian Riviera di Levante , is a fraction of the municipality of Riomaggiore , in the province of Spezia , and constitutes one of the Cinque Terre .

Manarola, like the other Cinque Terre, is squeezed between the Ligurian Sea and the steep mountain range that separates itself from the Apennines at Monte Zatta And descends in a south-east direction, forming a watershed between the Val di Vara and the coastal area. The village rises in the final part of the valley of the Groppo stream.
The colorful houses, consisting of the typical Genoese tower houses , overlook one another on the main street, called via Discovolo , derived from the cover of the watercourse. The village then climbs up the rocky ridge that juts out into the sea, causing a tangle of narrow carrugi , which run parallel on several intermediate levels connected by irregular staircases in slate.

North-west of Manarola are three other villages of Cinque Terre , Monterosso , Corniglia and Vernazza , while at south-east is Riomaggiore . Among the five villages Manarola is the smaller one after Corniglia .

Manarola originated from the migration of populations that from the Val di Vara and from the Roman settlement of Volastra moved towards the sea to exploit its resources.
Its name derives, perhaps, from the Latin Manium arula , which means “small temple dedicated to the Mani”, but this etymology is still very uncertain.

Monuments and places of interest

Upstream from the inhabited area there is the main square of Manarola, around which there are the Oratorio dei Disciplinanti , the bell tower and the parish church of San Lorenzo , in gothic style Genoese and dating back to 1338. The façade of the church, in local sandstone, is characterized by a valuable rose window in Carrara marble of 1375.

The castle was the defensive bulwark of the village against the raids of pirates Saracens and around it grew the central nucleus of the town; over the centuries the building has become a private residence, but it is still well recognizable due to its rounded stone structure; its access door is in via del Baluardo .

In a privileged position to admire the structure of the village is Punta Bonfiglio , on which winds a walkway built by the Manarolese opened in 1968 and which connects the Marina with the port of Palaedo .
On the top of Punta Bonfiglio is the small village cemetery. On the facade are written the final verses of the Liguria poem by Vincenzo Cardarelli:

Very impressive is also the last stretch of via Belvedere which constitutes a veritable balcony overlooking the sea ending in a panoramic square dedicated to Eugenio Montale , on whose plaque are reported the first verses of the poem Riviere :

Manarola is equipped with a small hoist , particularly functional for lowering into the water and hoisting boats, which are neatly arranged along via Birolli , the main road near the Marina.

If the church square was already covered in 1863, until 1950 the stream that runs through the village was completely uncovered. Instead of the main street that exists today, eleven stone bridges allowed transit from one part of the country to the other. From 1950 to 1970, starting from the Marina the stream was progressively covered in many sections, the last of which (from the curve of the stream to the square of the church) in the years 1977-1978.

Advance Search is already enabled in the header.

Riomaggiore Rustic of the coast (cod. 198)

5 Terre Riomaggiore – Invested in a National Park and… 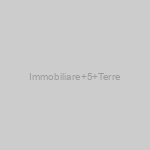 Owning a home is a keystone of wealth… both financial affluence and emotional security.

We use functional technical cookies necessary for the proper functioning of the site itself. With your consent we also use third-party cookies, to offer you a better browsing experience and to make statistics, by clicking on "Accept" you consent to the use of these cookies, alternatively you can refuse them by clicking on the "Refuse" button. You can change your consent at any time and get more information by consulting the settings

This website uses cookies to improve your experience while browsing the website. Of these, cookies classified as necessary are stored in your browser as they are essential for the functioning of the basic functionality of the website. We also use third party cookies. parts that help us analyze and understand how you use this website. These cookies will be stored in your browser only with your consent. You also have the option to disable these cookies. But disabling some of these cookies could affect your browsing experience.